Understanding Addiction – The Causes of Addiction

Addiction is still very much mysterious. Two people can try the same drugs, at the same point in their life, and one will end up suffering from addiction while the other will not. How does this happen? There are a lot of factors that can lead to someone developing an addiction, whether that’s to drugs, alcohol, or something else. Understanding this can be crucial for those recovering from substance use disorder, as well as those trying to help a loved one who is suffering from substance use and addiction.

Addiction is a Neurological Disease 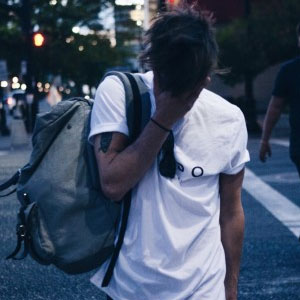 When drugs or alcohol are used frequently, they change the chemistry in the brain. With time, the brain becomes dependent on drugs or alcohol, leaving the person to feel like they must continue with their addiction to survive and feel good. The brain stops releasing as much of specific hormones like dopamine, without the substance to trigger its release.

Without the drugs or alcohol, the person will end up going through withdrawals, which is caused by the brain not getting what it now needs to function. Though addiction is a neurological disease and the brain becomes dependent on the drugs, proper rehab can help reverse this so the brain can again function without the substance.

The Reward System in the Brain

Addiction is mostly based on the reward system inside the brain. When the brain receives certain signals, the person experiences positive feelings. Usually, this happens with certain behaviors like eating, being with friends, and exercising. When someone starts to take drugs or drink alcohol regularly, the substance triggers the release of the dopamine that creates the reward, instead of the brain doing it on its own, and increases the urge to repeat the activity.

The brain relies on the substance to release the dopamine, so the person gets the reward. However, the reward received is less each time, leading the person to do more of the substance or to take it more frequently in the hopes of getting the same reward again.

Many people who suffer from addiction will have other underlying issues. The most common is mental health issues. Those who have mental health issues prior to trying drugs or alcohol may be more likely to become addicted. This reason for this is that they may try to self-medicate with drugs or alcohol. While the substance may help them feel better initially, this will disappear.

The addiction occurs when they continue to take the drugs or alcohol to try to feel better and end up taking more each time to try to get the reward of feeling better again. Their brain will adjust to the drugs or alcohol, increasing the feeling that they need the substance to survive and to feel normal. 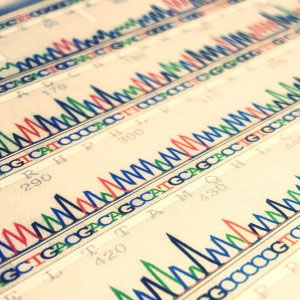 Environmental Factors Can be a Cause

A person’s environment can have a big influence on the likelihood of them developing an addiction. Peer pressure is commonly sited as an environmental cause as many people will try drugs or alcohol for the first time because of requests from their peers. Other environmental causes include poor supervision during childhood, parental drug use, the presence of drugs at home or school, and poverty. Any of these can lead to someone being more likely to try drugs for the first time and to end up addicted to a substance.

Experiences in childhood can have a lasting impact and can lead the person to end up turning to drugs later in life. Experiences that can have a huge impact and lead to issues like substance use disorder in the future include any type of abuse or neglect, witnessing violence, having a family member in jail, or having a family member addicted to drugs or alcohol. Children who experience trauma have a higher risk of trying drugs or alcohol as an adolescent and have a higher chance of suffering a dependence later in their life.

Simply trying drugs or alcohol for the first time doesn’t lead to addiction. However, it does pave the way. Those who have a higher likelihood of becoming addicted may struggle more after trying drugs or alcohol for the first time compared to those who are not a high risk. Though they may not become addicted right away, the potential reward from the drug use can cause them to continue taking drugs, which can result in reliance and the resulting change in their brain chemistry.

This is not something that happens overnight. It’s a neurological disease that occurs when substances are abused over a period of time, though that period of time doesn’t need to be long. If you or someone you love is suffering from dependence on drugs or alcohol, it can be helpful to understand it better, know what the risk and potential causes are, and learn why rehab is needed to recover.